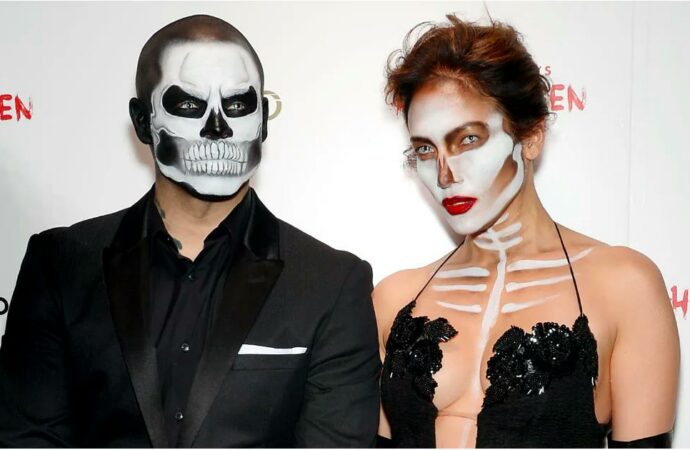 Halloween is one of the traditional celebrations that is held on the night of October 31. Many people wear strange and unusual clothes on this night, and children go to other people’s houses to collect candies and nuts. Halloween is more common in America, Ireland, Scotland and Canada. Irish and Scottish immigrants brought this celebration

Halloween is one of the traditional celebrations that is held on the night of October 31. Many people wear strange and unusual clothes on this night, and children go to other people’s houses to collect candies and nuts.

Halloween is more common in America, Ireland, Scotland and Canada. Irish and Scottish immigrants brought this celebration to the American continent in the 19th century. The Halloween celebration, which has been held on this day for two thousand years, expresses the belief of their predecessors in the afterlife.

Some people wear strange and scary costumes on Halloween to stand in front of the sinful spirits and symbolically scare them away. Celebrities are also in the lead on this day. In this article, we have listed a number of Halloween costumes that have been worn by stars in recent years.

Gigi Hadid, famous American model, dressed as Jim Carrey’s iconic character Stanley Ipkiss in The Mask for Halloween 2019. She painted her face green and wore a yellow suit. This style of Gigi was so liked by everyone that her pictures with this dress and flawless makeup quickly spread on the Internet.

Adam Lambert turned into a werewolf on Halloween 2014.To become a werewolf, he used artificial hair on his head and body. Big ears and fangs and the use of bright colored lenses were also details of his style.

Lewis Hamilton is undoubtedly one of the most popular drivers. successful driver went to Heidi Klum’s Halloween party 2016 dressed as the iconic Joker. His resemblance to Heath Ledger was so great that it was hard to tell.

On Halloween 2015, Jennifer Lopez and her ex-partner Casper Smart caused controversy in their skeleton costumes. Among the notable details of this couple’s style was the use of scary lenses and successful body contouring.

Erivo wore blue from head to toe Halloween  2016. she was very careful in choosing clothes and hairstyles and she had become very similar to the character of Neytiri in the Avatar.

Taylor Hill, the young and famous model of Victoria’s Secret, appeared in Halloween 2019 with a Gamora character costume. Marvel lovers were thrilled with this style of Hill.

One of the most memorable Halloween styles is related to Sophie Turner and Joe Jonas, the popular Hollywood couple, in Halloween 2018.she and her fiance Joe Jonas dressed up as Morticia and Gomez Addams of The Addams Family.

Famous model Emily Ratajkowski, as always, surprised everyone with her style. In Halloween 2015, she became the cartoon character of Marge Simpson in the Simpsons cartoon. Emily Ratajkowski wore yellow body paint and a blue cylindrical wig for her costume.

Few people take Halloween as seriously as Heidi Klum and spend a lot of time on it. In Halloween 2018, Heidi Klum surprised everyone in the styles of Fiona from Shrek. She knows very well how to shine on Halloween.

These were just some of the celebrity styles for Halloween. Halloween is the most important celebration in the West after Christmas, and some people make special preparations for that day. But you don’t necessarily need expensive clothes and heavy makeup to enjoy the day. You can also celebrate Halloween with some pumpkins and turn them into witches.

We hope you enjoy this article. Happy Halloween🎃