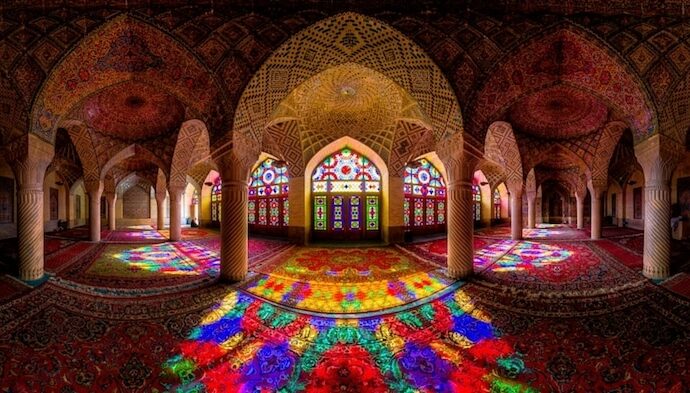 What is the first thing that comes to mind when someone mentions Persian architecture? What about the intricate turquoise tiles? Colorful mosaics’ intricate geometrical shapes? The enormous stone pillars that support magnificent mosques and a thousand years of history? Iran has inherited numerous architectural traditions over the course of history. The architectural achievements of the

What is the first thing that comes to mind when someone mentions Persian architecture?

What about the intricate turquoise tiles?

The enormous stone pillars that support magnificent mosques and a thousand years of history? Iran has inherited numerous architectural traditions over the course of history.

The architectural achievements of the Seljuq, Il-Khanid, and Safavid dynasties from the Islamic period are particularly noteworthy. According to Encyclopedia Britannica, at the time, Iranian cities such as Neyshabur, Isfahan, and Shiraz were among the great cities of the Islamic world, and their many mosques, madrasahs, shrines, and palaces formed an architectural tradition that was distinctly Iranian within the larger Islamic milieu.

There are some elements that are shared by the majority of the monuments built using Persian architecture.

The Usage of Iwans (Porticos)

An iwan is a vaulted space with one side open to a courtyard. Iwan originated in pre-Islamic Iran and was used in monumental and imperial architecture.

Extensive Use of Arches

The Taj Mahal for Mughal architecture and the Great Mosque of Isfahan for Persian architecture are two famous examples of this fact. It is constructed for aesthetic reasons, as well as to place windows and reduce the amount of sunlight that enters the building.

Water is especially important in Iranian design: millennia before the first water pump, Persian agricultural experts built the qanat (subterranean aqueduct) based on their hydraulic laws.

Spacious gardens and pools with fountains have long been a staple of Persian architecture. It is used for ablutions, aesthetics, or both in a traditional mosque, madrasa, or house.

The Persian dome-building tradition dates back to the earliest Mesopotamian architecture when domes became an integral part of buildings due to a lack of wood in many areas of the Iranian plateau.

Domes were associated with the divine side of life in Ancient Persia because their circular shape represented perfection, eternity, and the heavens.

Domes rose to prominence in Persian architecture during the Sasanian period (224–651 CE), and they evolved through various eras until the Safavid dynasty (1501–1732), when the last generation of Persian domes were distinguished by a distinctive bulbous profile and astounding tilework.

Domes in places of worship and public places, such as traditional bazaars, caravansaries, schools, and baths, are designed in such a way that they can be seen from different parts of the urban or rural area in Persian urban design.

Domes are typically double-shelled. While the interior shell is intended to support the structure’s weight, the exterior shell serves as both a decorative element and insulation against the elements. The domes’ aerodynamic shape also makes the structures more sustainable.

Iranian architecture makes extensive use of symbolic geometry, employing pure forms such as the circle and square, and plans are often symmetrical, with rectangular courtyards and halls.

Sassanid architecture is characterized by carved stone or stucco reliefs and colorful stone mosaics. Beautiful gold and silver dishes, bowls, and ewers, often with high relief hunting scenes or animals, as well as textiles with symmetrical heraldic designs, have survived.

Muqarnas is commonly seen in the mihrab of a mosque and is typically applied to the undersides of domes, pendentives, cornices, squinches, arches, and vaults. They can be completely ornamental or load-bearing structures. The earliest forms of muqarnas domes discovered in Mesopotamia were primarily structural.

The passion of Iranians for using the script as an artistic impression dates back to pre-Islamic times, but it is the work of Islamic era calligraphers and illuminators who elevated its use into the high art that we appreciate today. It evolved from epoch to epoch and style to style, aided by the Islamic preference for calligraphy over representational arts.