The Most Influential Women In UAE 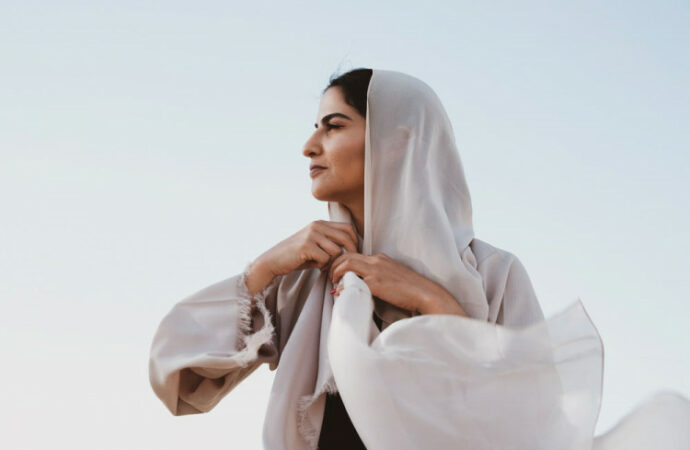 Muslim women make up more than 750 million people, which is about 10% of the world’s population; Naturally, they can play a prominent role in the developments and development of countries, especially Islamic countries. Every human society naturally consists of men and women who have mutual social relations and mutual dependence on each other. These

Muslim women make up more than 750 million people, which is about 10% of the world’s population; Naturally, they can play a prominent role in the developments and development of countries, especially Islamic countries.

Every human society naturally consists of men and women who have mutual social relations and mutual dependence on each other. These play a special role and function, and naturally, women as half of the society that influences the other half of the society can have a clear and direct role in the development of societies.

Women in the UAE are currently in the headlines in a positive way.Emirati women have the second place in the region with a participation of 47% in the workforce, and they make up about 70% of Emirati graduates, and many of them have been on the list of the most influential and powerful women in the world in 2020.

In this article, we will introduce a number of successful and influential Emirati women.

Nayla Al Khaja is the first film director and producer from the United Arab Emirates. She has received numerous awards and is also the first woman to establish her own film production company. In 2007, she was selected as the best film director of the United Arab Emirates for the film “Urbana”, which deals with the issue of child abuse.In addition, Nayla won a seat at the prestigious Producers Network at the Cannes Film Festival 2018.

Not only did Captain Sheikha Mozah Marwan become the UAE’s first female commercial pilot, she was also the first woman to serve as a first lieutenant in the Dubai Police Air Wing. Over the years, her passion for flying blossomed and eventually, when she was just 17 years old, she made her first flight at the Oxford Aeronautical Academy.Sheikha Mozah Marwan started the Association of Women in Aviation, after which women could work as transporters, lawyers, engineers, doctors or pilots in order to raise awareness about space.

Her Excellency Sheikha Lubna bin Sultan Al Qaisimi is one of the most influential women in UAE and an Emirati politician.First woman to hold a ministerial post in the UAE, Al Qasimi is also known for making big waves in the country. also Forbes listed her as the 36th most powerful woman in the world! Sheikha Lubna Al Qasimi highlights in international efforts to achieve world peace.

Noura Al Kaabi is one of the most powerful Arab women under 40, an important force for positive change and cultural development in the UAE. She is currently the minister of culture and youth in UAE; she has held the position since 2017 and she was the minister of state for the federal government national council affairs.She was named “Businesswoman of the Year” at the Arabian Gulf Business Awards, was included in Forbes’ “30 Most Influential Women in Government” list, and is on Foreign Policy magazine’s “Top 100 Global Thinkers” list.

Huda Beauty brand by Huda Kattan is at the top of the beauty world. Katan is one of the most powerful business women in the UAE, having built a beauty empire for herself. Huda Beauty is one of the most expensive makeup and beauty blogs and receives about 18,000 dollars for each sponsored content. Also, Huda Kattan is among the 10 most influential bloggers in the world according to Forbes magazine.

Sharjah Art Foundation is an artistic and cultural place that was opened by Hoor Al Qasimi, the daughter of Sultan bin Mohammed Al Qasimi, a member of the Supreme Council of the United Arab Emirates and the current ruler of Sharjah in 2009. The aim of this institution is to support artists and artistic affairs by using various cultural programs. Some of these programs include Sharjah Biennial, Sharjah Monthly Meeting, art residencies, art exhibitions, art research and publication production.Supporting quality art to promote Arab art internationally makes her a great contributor to promoting a bright creative future for the UAE.

Reem Al Hashemi, a graduate of Harvard University who was instrumental in winning Dubai to host Expo 2020, is not only the Director General of the Expo, but also holds the position of UAE Minister of State for International Cooperation and Cabinet Minister in It was 2018. Al Hashemi is also the chairman of Dubai Cares, a children’s educational charity founded in 2007 by Sheikh Mohammed.She also plays an important role in the UAE’s plans to welcome 15,000 Syrian refugees to the UAE.

Lana Zaki Nusseibeh was the first woman to be appointed as the Permanent Representative of the United Arab Emirates to the United Nations in 2013, and then in 2017 she was elected to head the United Nations Executive Board for Women. She is a strong advocate for gender equality and women’s leadership and empowerment.She holds an MA in History from the University of Cambridge and an MA in Israel Studies and the Jewish Diaspora from the University of London.

In 2006, she became the first woman to be appointed to the Federal National Council and told the World Summit of Women Speakers of Parliament that women are essential to achieving peace in the Middle East.

Dr. Amal Al Qubaisi made history in 2015 by becoming the first woman in the Arab world to be elected as the President of the National Council, and in her acceptance speech, she dedicated her achievement to the great women of the UAE. She continues to inspire women’s leadership in the region.

Sheikha Fatima is the woman responsible for establishing the country’s first women’s society, the Abu Dhabi Women’s Development Association in 1973, followed by the General Women’s Union in 1975, the Family Development Foundation in 2006, and the Supreme Council for Mothers and Children in 2003. The Mother of the Nation worked with the United Nations High Commissioner for Refugees and helped found the Arab Women’s Organization to serve Arab immigrant women who needed help. Over the years, she has received more than 500 awards for her dedication to her work, 30 of which were presented by the United Nations.

Every year on August 28, the UAE celebrates Emirati Women’s Day, an annual event that celebrates inspiring Emirati women, supported by the government and embraced by the community.

On the occasion of this day, we introduced a number of successful and inspiring women of the United Arab Emirates to become role models for the girls of the next generation.